4 Ways Your Executive Arrogance is Keeping You From Getting Hired 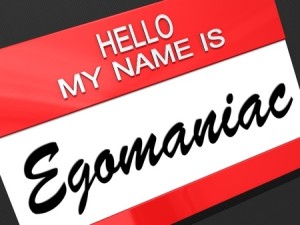 One pet peeve that really irritates a recruiter or potential employer is when a candidate shows even a little bit of executive arrogance. If you do come off as arrogant the chances of being hired decrease significantly. Simply put, people only hire people they like.

Chances are that you may not be conscious when you’re coming off as arrogant. In fact, you may not even think you are being arrogant, but it could very possibly be a different case from the recruiter’s perspective.

Below you’ll find four ways that you may be unknowingly sabotaging the job opportunitywith some executive arrogance.

One way in which you may be coming off as arrogant is if you write “see resume” on your application. Again, you may not think this is a big deal, however you have to keep in mind that there’s a reason that application exists – it’s to make the recruiter’s life easier.

The sole purpose of an application is to streamline the hiring process. It gives the recruiter a quick overview of what you’re about so they know where to start. If you write “see resume” you impede them from doing so and waste their time.

Acting as if you are above the hiring process.

Everyone, no matter how long they’ve had a career, has to go through the hiring process. This includes interviews, jumping hoops, background checks and anything else the company may deem necessary.

Similar to filling out their application, there is a reason these policies exist and you have to respect that.

You’ll want to avoid thinking that you’re above the rules or that people should already know who you are. The way they see it (and the way you should see it) is that you’re just another candidate like all the others. At the end of the day, you are all on the same playing field and at that moment in time the recruiter has more power than you do.

Being rude to receptionist.

Here’s the thing about being rude to a receptionist: they have more power than you may think. They may simultaneously be the gatekeeper and the spy.

In other words, they will be the ones who screen your calls later on when you try to follow up. Furthermore, you can bet their boss is asking them about how you behave before they even see you.

The same thing applies to any member of the staff. Always be polite and respectfulbecause you never know how much weight they have in making a hiring decision.

Having a “Let them eat cake!” attitude.

Marie Antoinette met her demise because she was completely out of touch with the French people. The same thing can happen to an executive.

You may be far removed from having to move up the steps of the career ladder, but that doesn’t mean you should forget what it’s like.

One way in which this may happen is during situational interview questions. For example, if you constantly interpret information to only reflect your own views rather than taking the entire company into account it may give off the impression that you think you’re always right.