Are you ruining your chances of getting a raise? 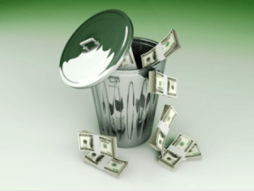 With January just around the corner you’re probably already thinking about New Year’s Resolutions. I’m willing to bet that “make more money” is toward the top of your list.

But before you walk into your boss’ office asking for a raise you may want to check yourself. The truth is you could easily ruin your chances of getting a raise if you aren’t careful.

If you’re exhibiting any of the following signs or behaviors you may have some work to do before you can ease your chances of getting that raise.

Feeling entitled to a raise.

I’ve previously mentioned how executive arrogance can get in the way of landing a job, so it should be of no surprise that it can also impede you from getting a raise.

Bottom line is you are not entitled to anything, not even more money. Furthermore, no one is going to give you what you want unless they like you.

As such, you may want to start checking your attitude at the door.

Not being concerned with what’s in it for the decision maker.

Humans are pretty simple creatures: most of the time we’re just concerned with what’s in it for us.

This is especially important when you’re asking for more money because your request can easily seem like a loss to the decision maker. They’re immediate thought will probably have something to do with the company budget.

The lesson is simple: you must make sure they are aware of how they will benefit as a result of you getting a raise.

It could be that they keep you as an employee. Or, it may be that your skills are hard to come by and very much needed to handle current company problems. The point is to get clear on why giving you more money is also a good thing for the company.

Understanding human psychologycan go a long way in social and professional situations. It eases tense situations and makes persuading another person much easier.

By not educating yourself on communication, body language and persuasion techniques you’re missing out on a lot of tools that will not only better your chances of getting that raise, it will also make your entire life easier.

You can even use human psychology before asking for a raise to improve productivity, teamwork and results therefore putting you in a better position overall when it comes time to ask for that raise.

Not going the extra mile.

Just because you’re an executive doesn’t mean you no longer have to go the extra mile or prove yourself worthy of more money.

It’s never enough to do only what’s expected of you. Anyone can do that. Instead, you need to focus on managing other people’s expectations and then exceeding them.

For example, you can’t just meet quarterly goals, you need to consistently blow them out of the water.