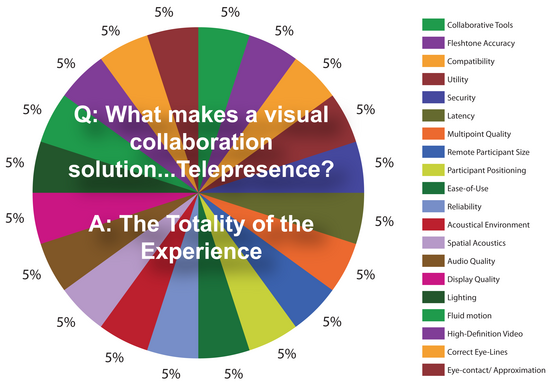 If you need a one-sentence definition, try this on for size: Visual collaboration solutions that address the human factors of participants and attempt to replicate, as closely as possible, an in-person experience.


Why Does Telepresence Cost So Much Money?

Because the human brain is so damn smart!

From the first seconds of life your brain has accustomed itself to visual collaboration. Your eyes are "cameras" delivering video to the "display" that is your brain. The retina and optic nerve are actually outgrowths of the brain itself, an organ with hundreds of millions of neurons -- a full 30 percent of the cortex -- devoted to
vision (versus eight percent for touch and three percent for hearing.)

Whereas each auditory nerve is limited to about 30,000 fibers optic nerves that carries signals from the retina to the brain consists of around a million. Over your lifetime, your brain has developed certain innate preferences for communication, with "video" being its hands down favorite.

Studies have shown people comprehend and retain information better when they see it as well as hear it. Most importantly, some behavioral psychologists believe that 70 to 80 percent of communication is non-verbal: facial expressions, gestures, posture and eye contact. The brain processes non-verbal information quickly, naturally and often subconsciously for a richer understanding of what's being communicated than through speech alone.

Telepresence providers address a range of human factors that traditional videoconferencing didn't. It costs more, but the immersive experience of telepresence is worth is.

What Makes A Visual Collaboration Solution...Telepresence?

The complicated process of immersing two sets of people and making them feel like they're talking to each other in the same room involves dozens of factors. Chief among them are these:

For business users, especially large multi-nationals with hundreds or thousands of potential participants,I would argue there are a number of additional requirements for creating the desired totality of experience.

There is definitely a cost involved in more faithfully replicating in-person meeting experiences but for businesses trying to manage disparate operations or connect with partners, vendors and clients globally the ROI is immense. The better the human experience the more that visual collaboration will be adopted by the enterprise, enjoyed by the participants, and accepted by partners. This additional usage and end-user satisfaction translates directly into improved productivity, reduced travel and a higher quality of communication and understanding from all participants. If every human brain is a supercomputer then telepresence is opening up gigabit connections where more and better information flows faster between participants, organizations and eco-systems and the results are extraordinary! 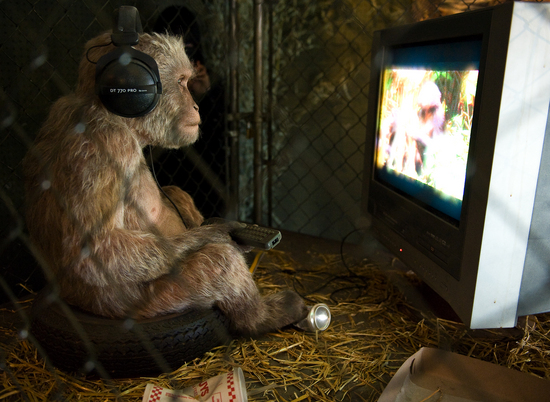 Why is People magazine at every supermarket check-out? Why do so many websites traffic in celebrity pictures? What's so fascinating about looking at the rich and famous? The answer may lie with a study called "Monkey Pay Per View."

Dr. Michael Platt, a neurobiologist at Duke University Medical Center, began offering thirsty male monkeys their favorite drink (Cherry Juicy Juice) as images scrolled in front of them. The monkeys could stop and look at a given image by not drinking. They could, in fact, "pay" to see certain images by delaying gratification. Which images did Dr. Platt discover the monkeys were willing to pay for?

Immersion - What Does It Mean & How Do You Measure It? 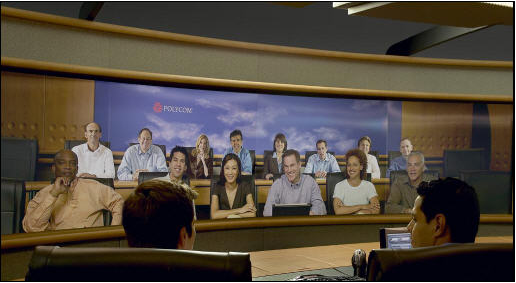 The Polycom RPX 400 Series has an enormous 4 foot x 16 foot video wall that takes up almost the entire peripheral vision of the eye, the camera is hidden at eye-level behind the screen, the participants are perfectly positioned, and the architectural elements of the room are mirrored to produce a superb sense of immersion.

Anyone who has ever fallen in love on a first date can understand immersion. When immersion happens between two people, they connect so well they block out all other stimuli in their environments. This isn't to say that executives need to fall in love to improve business communications. But they'll produce better work in more immersive environments. When the brain isn't distracted by the Medium (the visible screen, the obvious camera, low-quality audio, space, etc.) it's freed up to focus on the Message (what's being said, body language and social cues). Immersion produces superior end user acceptance and participants can stay in immersive environments longer without getting fatigued.

In visual collaboration immersion is best thought of as a continuum where the graduations are not noticeably different from their adjacencies, although the ends or extremes are very different from each other. The more elements you can address the greater the immersion you will achieve. Here is a list of some of the more important ones: 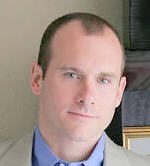